Took a while, didn’t it? Well, I said it would. That’s poor management for you.

Last time (well, before that Sunless Sea bit) we took a look at Valve’s Steam Store and the less-than-exemplary way in which it’s run, at the end of which I hinted at the big faux-pas that was made recently. Have you worked out which one it was? It wouldn’t surprise me if you have, partly because the title gave it away.

Yes, it’s the paid mods débâcle. Earlier this year, with little-to-no warning, Valve suddenly threw this concept at the wall to see if it stuck. Starting with the absolute personification of modified content that is Skyrim, modders could use the Steam Workshop to distribute and charge for their creations. A cut went to Valve and to whatever game you were modding for, and that was basically it.

Which was sort of the problem, that it didn’t seem to have been thought through any more than that. Mods are a big part of the gaming ecosystem, they’ve existed almost as long as video games themselves. Even Tetris was a soviet invention made by a man just fiddling about with computers to see what they were capable of. And when mods exploded in the late 90s and early 2000s with the proliferation of the internet, a basic system was worked out through trail and error – one based around user love and charity.

No, really. The mod community has always looked to me to be one of the healthiest and most admirable aspects of gaming culture. For years people worked on some of them and many were absolutely superb, whether it was fixing a broken game (like the PC port of Dark Souls), or tweaking something so well that it’s almost mandatory to use (like SkyUI), or even just adding hours of content like custom missions for Fallout or Shadowrun.

No more walkthroughs for me! Now I actually have a chance of completing that sodding quest!

And throughout most of this, money didn’t really come into it. Occasionally people altered something to the point where they thought they should charge cash, like Arma II getting morphed into the far more successful DayZ, but generally the only profit made was through donations to the creators by contented users. It wasn’t perfect, but it worked pretty well.

But then Valve suddenly walked in and unintentionally sabotaged the whole thing. If mods are an ecosystem, then the Paid Mods Scheme was the hunter that walked in and started shooting lions in the hope of selling the fur.

Not that you couldn’t see the logic that was being implemented, or even a few of the good intentions. If a person creates something amazing then that person probably deserves some sort of reward, we can all see that. A lot of the examples I’ve mentioned were made by people who have certainly earned some sort of thanks for what they’ve done, regardless of what their motivations were.

Except that the problem is that people don’t always create their own mods, or at least not all of them. A lot of them borrow from other people’s mods and that’s where the trouble arises.

For example, if Tom is making a Minecraft “Improved Physics” mod, then he might see Harry’s “Super Realistic Water” add-on and think, “Ooh, I’ll ‘alf-inch that, put it in my one.” I don’t know why he’s cockney, just run with it before I put a pimple Aristotle in your Chevy, you Bushy.

But then you introduce the fact that this mod is worth money and things get complicated, as they inevitably do when you put a price tag on things. How much money does Tom owe Harry? Harry’s mod was being offered for free, but now they have value, what changes there? Does Harry have the right to take his work back and stop Tom from using it at this point? How have things changed legally, is there an argument to be made for theft of intellectual property, or is this a free-use affair? Will Harry have to send the boys to Tom’s house with a couple of baseball bats and make him a raspberry if he’s not willing to hand over enough bees and honey to settle this?

Bloody hell, what’s with me and Cockney rhyming slang today? 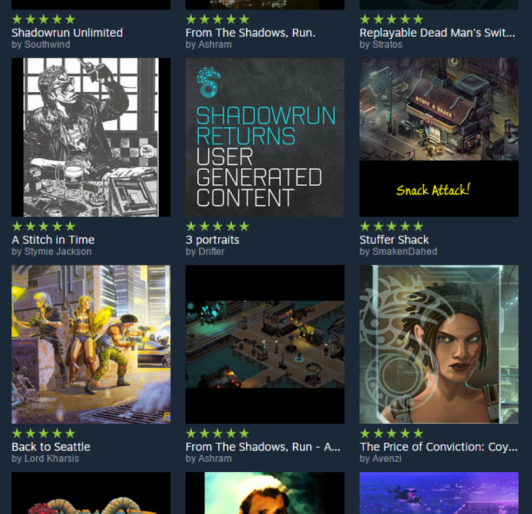 Actually, it was whilst I was looking up these ridiculous phrases that I couldn’t help but notice that the slang for a mug, a fool, is “Steam Tug.” So if somebody’s being foolish, you’d call him a “Steam.” Funny how these things turn out, isn’t it?

Within days of its existence the experiment had shown its results. Modders were pricing their work too highly or scamming users for cash, confusion arose as various creators tried to work out what was owed to them, and the public had suddenly become cynical and suspicious over something that had once been a forum of collaborative efforts and enthusiasm. Awareness of the whole cock-up was raised with parody mods like “realistic horse testicles for $99.99” and so on. Just because you’re being socially aware doesn’t mean that you have to be mature about it.

Valve cancelled the whole thing and returned all the money, trying their best to fix the mess that had been made, but it’s hard to see how it could’ve gone any differently. With no obvious warning or major testing of the process beforehand, they’d basically gone out and thrown a baby bird off a cliff to see if it could fly – and it really, really couldn’t.

But as mentioned, I see why it would make sense in theory. Though that being said, I do think there was a little much of the “dollar signs for eyes” syndrome going around – the cuts taken by Valve and the publishers seemed to me to be a little much, especially when there are websites for this sort of thing that the modders could just go to instead.

There’s been rumours lately that Valve would like to reimplement the paid mods system, albeit structured very differently, but I really don’t think they should. They’re messing with something that already works, that doesn’t need alteration. Users will pay for things that they like, they’ll fund things that make them happy. It’s why Patreon and Kickstarter have been as successful as they have, because we understand that effort deserves reward. And the mod community is fine and will continue to do fine, at least until somebody throws a spanner in the works. The way the game industry works, that shouldn’t be too long from now.