So Pokémon: Go probably comes out this year, and considering how things might go (ha freaking ha) this could be one of the biggest phone apps that’s been released in a while. For those of you who are unaware, Nintendo has started to throw its hat into the mobile arena – read here for the probable reasons why – and one of the pioneers of that movement is Pokémon: Go, all the fun of the classic franchise brought to your iPhone or Android or whatever.

Basically, it’s all GPS based, trying to realise the spirit of the games as best as it can. As you wander around day to day, you’ll occasionally get a bleep on your phone telling you that if you walk five minutes to your left there’ll be something you can catch. Then you fight it in the time-honoured tradition, attempt to snag it inside a ball, and if you succeed you can fight other Pokémon with it. You can even trade them with other players or fight those players yourself in classic Ash Ketchum style.

There is a stupid, goofy charm to this idea, I won’t deny that. For all their fussing about with Streetpass features and Pokéwalkers, Nintendo has never quite managed to pull the series forward in the way that it’s needed for a while now, but this might be what truly moves it to a new and interesting place. The idea of walking through Hyde Park and being set upon by a pidgey, or walking down Brighton beach and seeing some goldeen appear? Yeah, that’s ridiculous and silly, but it’s also kind of wonderful for someone who spent their whole childhood working their way through the games with almost studious attention.

If there was ever an accessory likely to get you bullied at school, this is it. The price tag should just read “the sum total of your lunch money for the next three years.”

Which isn’t to say it will all go smoothly. As a matter of fact, at the moment I’m kind of worried about this game, because it feels like it’s going to take a sharp left before it hits Superb Street and instead go down that dark little dead-end cul-de-sac known as Micropayment Alley, where narrowed eyes watch you from every corner and there’s a toll booth every ten feet.

Well, I say “it feels like”, but there’s no “feels” to it. The game IS using a micropayment model, though the details haven’t been released yet, probably because the company is trying to work out that perfect middle ground where the most money will get coughed up by the most people. It is free to download, so it’s not completely beyond saving, but what keeps me lying awake at night is the awful thought of having to buy pokéballs at extortionate prices, with no other way to get hold of them.

And that’s odd, because considering it honestly, I think I’d be happy to pay quite a lot for this game up front if I knew there were no micropayments in it. Maybe I’d even pay as much as a regular 3DS game, depending on how many people I could battle against and how common wild Pokémon were.

But there’s something slightly sickening and guilt-inducing about paying lots of little fees, not least because it’s terrifyingly easy to lose track of how much you’ve spent, and also because I always feel like I’m trying to hack the Achilles tendons out of my lovely gaming industry. It’s distressing, quite frankly. If it was small, boring things like customising Pokémon with outfits I wouldn’t care, but I suspect that won’t be the case.

It all seems so gut-wrenchingly plausible. Fifty pence for a pokéball, one pound for a great ball, one-fifty for an ultra ball and five quid for a master ball. You want to trade? That’ll cost you. Are your Pokémon unconscious? You have to bribe Nurse Joy to wake them up. And keep that credit card ready, because you’ll need it to for held items, TMs, potions, berries, evolution, levelling up, unlocking rare Pokémon to capture and so on and so on. The basic battle system of the franchise is so multi-faceted that you could put a paywall on anything, and the popularity of Pokémon is enough that they might get away with doing so, at least financially. And as we all know, if a corporation will make some profit from a decision they’ll probably go for it, consequences be damned. 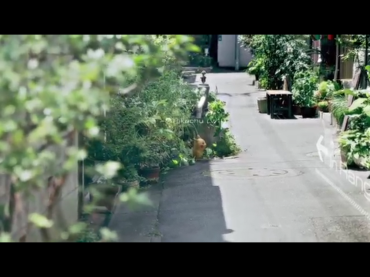 “Just one pound a month can help get a pikachu off the streets. We never knowingly put a healthy pokemon down.”

The only thing that I can think that might alleviate this problem is Nintendo itself. I know I’ve gone on about how strange they are, but I don’t think they’re genuinely malevolent. In fact I think they genuinely care about a lot of their products, though in most cases I can’t see why. They certainly have been reluctant to compromise them in servitude of whatever fad is popular at the moment, though this is why a lot of them stagnate badly, as Nintendo functions on a permanent nostalgia trip.

But I think that quality might – MIGHT – save Pokémon: Go from being a complete fiasco, the fact that they want to keep it somewhat respectable. For what they are, Nintendo games tend to come with a fair level of polish, and it’s possible that with the sheer anticipation and scrutiny centred on P:G they might realise that it’s smart in the long term to make this as good as they can.

It’s a possibility. Not a guarantee, not a verification, just a potential outcome. The Pokéball is most definitely in Nintendo’s court at this point. Let’s just hope we don’t have to pay for it to be there.