Walking simulators are always slightly odd, aren’t they? To my mind they feel eerily reminiscent of the old point-and-click adventure games, only without the pointing and clicking, which ironically was usually the worst bit of point-and-click adventure games. You didn’t spend two hours bumbling around Monkey Island trying to work out how to combine some aspect of the landscape with a packet of breath mints and a dented spade for your own enjoyment. There was always way too much trial and error to get any pleasure from it all, not to mention that the LucasArts and Sierra games treated logic and common sense like something that was only weighing them down.

No, you put up with all this rubbish because you got the reward of story and dialogue at the other end, with the possible addition of a pixelated set of breasts if you were playing Leisure Suit Larry, you loser. But walking simulators – sorry, interactive narratives – seem to have just cut out the middle-man, edging ever closer to that fine line which separates a video game from just being a DVD with a really detailed menu screen.

Whatever. It seems that large, open-ended maps with somebody talking in your ear is now a genre in its own right, and whether that genre lives or dies depends on the conversation skills of the ear-dwellers who accompany you. The Stanley Parable and The Beginner’s Guide were solid because of their writing, but in these games if there’s any time that somebody isn’t talking at you, it all becomes increasingly dull, mainly because you have less power to affect useful change than the average horse. Check out Proteus for an example of that experience, one that’s like being suffocated to death with a particularly vibrant pillow.

So the pressure was on Firewatch to pull its finger out and really show all those bigwigs and AAA jocks from the football team how good narratives are done. Not that those jocks could give a festering ham slice for the quality of their own stories, having multiplayer and gameplay to fall back on; but I suppose we work with achievable goals or else we go mad, right? Hell, that’s why I’m giving up smiling next year. 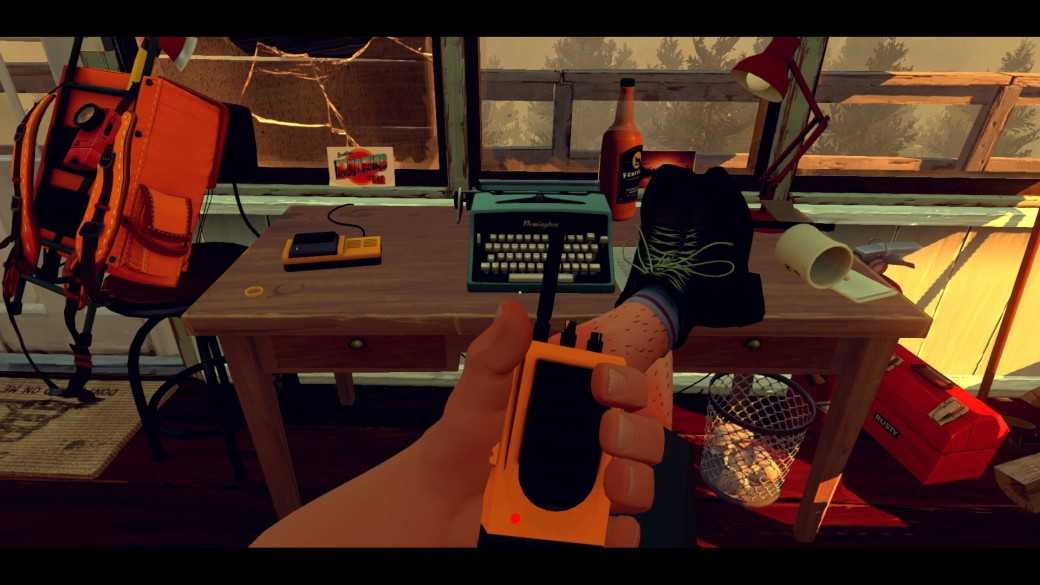 And for what it’s worth, Firewatch’s story is good… Mostly. We begin with an effective introduction sequence that details the life and loves of Henry, a middle-aged, bearded everyman that grows guilty and panicked in the wake of a tragedy he feels he can do nothing about, and literally flees into the woods to escape, signing up to become a lookout in a national park for several months. And within ten minutes he’s started a weirdly personal relationship with Delilah, another lookout who he never actually meets, but maintains near-permanent radio contact with as the game goes on.

What I like about Firewatch is that it’s fairly coy about its intentions for the whole first act. Several story threads sprout like beanstalks almost immediately, and it’s difficult to guess whether you’re going to experience horror, comedy, drama or what-have-you. Which doesn’t mean that the story is indecisive, only that it’s so humanly chaotic that it really does feel like it could conceivably go anywhere.

But for those who want some indication of what to expect, you’re basically in for a character drama, which then starts to lean towards a psychological thriller in the second half. And both of these work pretty well. Henry and Delilah are both compelling, likeable characters with good chemistry between them, and the game’s main mechanic of rewarding exploration with more dialogue is pulled off superbly, purely because it’s nice to hear them bounce off each other in yet another light-hearted conversation that clearly has more significance than either of them would like to admit. The first act (and most of the second) is basically the story of their blossoming friendship, and this means that we have a very firm grasp of their characters when the thriller plotline rolls around, and as thriller plots go, it’s a goodie. I won’t spoil, but Henry makes a discovery that throws all his time there into doubt and suspicion, whilst a mysterious third party toys with them from the shadows. It’s pretty killer stuff, and the further I got into the mystery, the more I was hooked. It even gets genuinely intimidating at times, stumbling through a dark forest when you know that there are probably eyes trained on you – but god knows where from, or who’s watching. 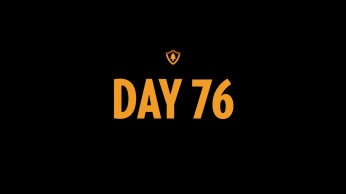 Well, at least Jack Torrance lasted longer at the Overlook this year.

“But Joel,” I hear you ask, “if Firewatch does all these things right, then why did you preface your Pulitzer-worthy analysis by saying that it was ‘mostly’ good?”

Well, person who just offered that question to a computer screen, I’m glad you asked. Partly because we now know you’re unstable and can avoid you at parties, lest you strike up a chat with the television, but also because it leads into my primary criticism of this ‘ere game.

For Firewatch, having really grabbed my attention for most of the main story, then turns around and craps itself in the last forty-five minutes. The thriller plotline, having been all onions and gravy so far, is then required to deliver an explanation for the mystery in order that we may bring this saga to a satisfactory close. Sad to say that onions and gravy don’t last for ever, and we’re left with dry bread to chew on until the curtains fall.

For the mystery’s conclusion has all the impact of a dead bee falling into a swimming pool, as the writers picked out the flattest, least interesting answer and just offered it up to us without any real panache. I won’t say it doesn’t make sense in context, but it feels unworthy of the set-up and doesn’t appear to have any real weight. Hell, even if it turned out that Q from Star Trek had been screwing with us the whole time, it would’ve made for interesting conversation, despite being bonkers. But we don’t get that here, just something that feels small, cheap, easy and unremarkable. And though the absence of other people is good for setting up the atmosphere early on, in those last sequences you can feel the game straining for reasons to keep you isolated.

Look, I don’t want to make suppositions about projects that I wasn’t involved with. Who knows what happens between that first pitch and final result, right? For that reason, I’d never say that Firewatch is a game that had the first two acts written in a burst of excited inspiration, before the writers then realised that they had no idea what it was all building up to. I wouldn’t say that, I don’t know what the truth of the matter is… 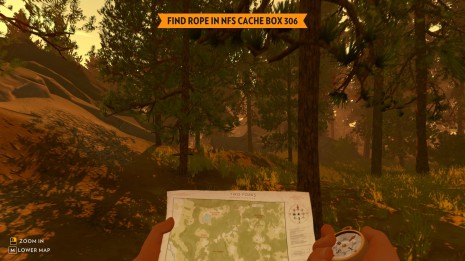 It looks like I took a wrong turn on the way to Albuquerque! Neheheheheh!

…But it wouldn’t surprise me at all if that were the case. And now I’m on this well-trodden path of negative thought, it’s also worth acknowledging that the park itself starts to get a little dull to walk through after a while. It’s certainly very beautiful, with a slightly stylised look that promotes bright colours and changes naturally between environments without ever feeling like we’ve just jumped between two Minecraft biomes, but the park is smaller than it seems and ends up becoming less explorative and more of a commute. Using the map and compass to find your way around is a rather nice feature, though. I suppose that’s more gameplay than most of these interactive narratives will usually offer.

Do I recommend Firewatch? I suppose I do, yes. It’s only a few hours and doesn’t offer much in terms of replayability, but the first two acts are strong enough to be a real guide on how to do these kinds of games well, even if the ending evokes the image of somebody using up all their inspiration too soon and having to weakly bring the whole thing to some sort of technical conclusion. I hear there’s something you can take for that, but if you find yourself still writing after four hours than you may want to book an appointment with an editor.

Firewatch aims higher than most walking simulators, with a deeply-personal story that organically expands into a larger mystery with intriguing stakes, but then decides it’s not as brave as it thought it was and throws out a paper-thin ending to mollify the audience. That said, three-quarters of the story is more than solid, and the environments are nicely designed, if a little too small.